International Day Of The African Child – The world is amidst a child poverty crisis. At least 120 million children in developing countries lack basic health, nutrition, and education, putting them at risk of lifelong ill health and social exclusion.

As a result, the United Nations General Assembly declared March 2nd as the International Day of the African Child.

To raise awareness about child poverty and child rights, the UN plans to distribute toys to African kids.

According to UNICEF, “Children face the greatest risk of poverty. They often live in households that are poor, unhealthy, and insecure. Children are most likely to be affected by wars, natural disasters, and extreme weather events.”

IDAC is the annual day of celebration and reflection on the global struggle to protect and support children, especially those living in poverty. It is also the day when we recognize the work of organizations and individuals who are working to improve the lives of children across Africa.

On March 19th, the world celebrates the International Day of the African Child. It is an opportunity for us to reflect on protecting and supporting children, especially those living in poverty.

This year’s theme is “Children and Youth in Peace and Security.”

As we prepare to celebrate IDAC 2018, we wanted to share some insights from the IDAC movement.

But the Internet can also be used to create harm. Just like any other tool, it can be used to spread lies, rumors, and hate speech.

And since the Internet is a global community, it makes it easy for anyone to spread misinformation about any subject. 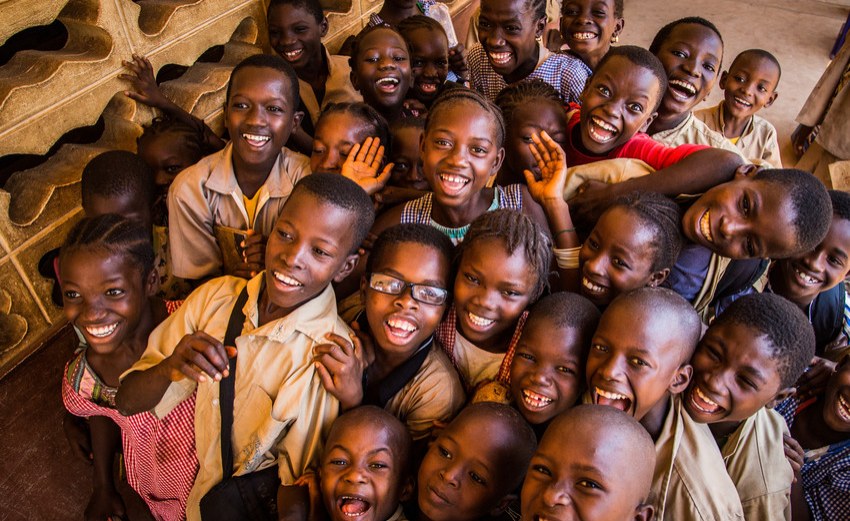 Article Summary show
What is IDAC?
Why is IDAC important?
How does IDAC work?
How can you participate in IDAC?
Frequently Ask Questions (FAQs)
Myths About IDAC
Conclusion

On June 21, 2013, the UN General Assembly voted to declare June 21 as the International Day of the African Child.

This day was created to raise awareness of the situation of African children, including those living in refugee camps, those who have been affected by war and conflict, and those whose lives are affected by HIV/AIDS.

The UN has designated the day to focus attention on the fact that children are especially vulnerable to violence, disease, hunger, and exploitation and that their rights must be protected.

The International Day of the African Child was founded in 1992 by the United Nations Educational, Scientific and Cultural Organization (UNESCO) to focus attention on the situation of children in Africa.

On this day, we reflect on the struggles and achievements of African children. We also draw attention to their right to a full and productive life and their entitlement to development, health, education, and protection.

This year’s theme is “A Better Future for Children in Africa”, and it focuses on the role of education as a tool for development.

Why is IDAC important?

There are many reasons we celebrate the International Day of the African Child. First and foremost, we recognize the importance of investing in children’s future in Africa.

Second, we see the importance of educating children and youth about their rights and responsibilities in society.

Third, we celebrate the efforts of local and international organizations that work tirelessly to educate and empower children and youth in Africa.

Fourth, we celebrate our actions’ positive impact on young people in Africa.

The International Day of the African Child, celebrated every year on 15 August, has been around since 2007. The theme for this year is “Africa’s future depends on children”.

This year, the focus is on the issue of child marriage and education. Child marriage is common among young girls across Africa, and the consequences can be devastating. Girls who marry young often experience abuse, sexual violence, and early pregnancy.

By contrast, girls who stay in school are more likely to achieve higher education and employment. In addition to having fewer children and less poverty, girls who complete primary school are less likely to have their babies early. They are also more likely to use contraception, preventing unwanted pregnancies and helping them avoid unwanted abortions.

This year, the United Nations is launching a global campaign to eliminate child marriage and protect girls’ rights.

This campaign calls for governments to step up their efforts to prevent child marriage. It urges the private sector to join the fight by taking steps to ensure that young people can access education, healthcare, and financial services.

How does IDAC work?

The United Nations (UN) has officially recognized November 25th as the International Day of the African Child. The goal of this day is to raise awareness of children’s rights and needs and improve the lives of African children and their families.

According to UNICEF, “African children are three times more likely to die before their fifth birthday than children worldwide. More than 40 percent of the world’s poorest children live in Africa.”

While the situation is not as bleak as it once was, it is still a serious problem. It is estimated that 50 percent of children in developing countries are malnourished. This leads to stunting, cognitive development problems, and increased susceptibility to disease.

This year, we are asking our readers to recognize and celebrate the International Day of the African Child. There are so many unique ways to show your support for this cause.

African children are the fastest-growing population in the world. By 2030, there will be more than 1 billion Africans. And the number of children in Africa is expected to double.

The United Nations says that African children have the least access to health care and education. That’s why it’s important to take action to improve their situation.

So, join us and celebrate African children by taking action. Take part in the International Day of the African Child.

How can you participate in IDAC?

As we know, Africa has been in a state of turmoil for years. We have seen several wars, conflicts, and a series of political events that have left many children without their parents.

According to UNICEF, 1 in every 23 children under five has died because of malnutrition.

To help raise awareness, the United Nations launched a campaign called the International Day of the African Child on October 15th each year.

The day was created to raise awareness about the plight of children in Africa.

To celebrate this important day, here are some ways you can help children worldwide.

Learn about Africa. It is a beautiful and diverse continent. You may be surprised to learn that Africa is the second-largest continent after Asia.

It is also home to over 1.2 billion people. And there are more than 500 languages spoken in the region.

Take a look at the following videos to learn more about Africa.

Give back to Africa by helping its children. There are various programs in place to help orphaned children around the world.

They also partner with other organizations like the World Food Programme to distribute food to those in need.

For example, UNICEF is an excellent organization to support. You can also find a charity close to you that can help.

Spread awareness about the day by sharing information about it on social media.

Volunteer to help children in Africa. Many organizations are looking for volunteers.

You can help with projects like building schools, feeding children, or providing medical care.

Provide education to children in Africa. Many schools in Africa need funding and resources to provide quality education.

A: The International Day of the African Child is an annual event on September 22nd each year, which honors children all over the world and the importance of their rights.

Q: What is the goal of IDAC?

A: The goal of IDAC is to give attention to the millions of African children who are victims of violence and neglect in their home countries. We want to raise awareness about these issues so that parents and government officials can protect these children and provide them with medical care.

Q: Why is this important?

A: Children worldwide are dying every day from preventable diseases and lack of education and health care. It’s essential to raise awareness about the issue because we know that there are children who are being neglected and abused in their home countries.

Q: How do you know when children are being neglected and abused?

A: If a child is suffering from malnutrition or a disease that can be prevented with proper medical care, it’s clear that the child is not getting the appropriate care that they deserve.

Q: What can you do to help?

A: You can join us in raising awareness by becoming an official supporter of IDAC. We are a non-profit organization that raises money to give to other organizations doing good work on the ground with kids. We have done some incredible things and would like to continue making a difference in the lives of these children worldwide.

The IDAC is an initiative launched by the United Nations, in collaboration with its member states, to celebrate the positive role played by children in their countries and call for their protection and care.

On the International Day of the African Child, we celebrate the importance of the African child in the global community and encourage the world to work together to ensure their right to education is respected and fulfilled.

The United Nations has declared 21 May as the International Day of the African Child and aims to raise awareness of the plight of children in Africa and the need to protect them.

African children are estimated to be 2.6 billion, while only 20% of the world’s children attend school. The UN estimates that half of all children are not in school in sub-Saharan Africa alone.

This year’s theme for IDAC is “Education for all”. It is a call to action to support the rights of all children, especially those living in poverty, to quality education and to advocate for policies and practices that support their right to learning.

The IDAC is a United Nations designated day to recognize the importance of children worldwide. The UN General Assembly created it in 1974 to emphasize the value of every child.

This year’s theme is “Education for Sustainable Development.” The goal is to increase awareness and actions to ensure that every child has access to education regardless of where they live.

There are many reasons that every child deserves the right to receive a quality education. It helps them grow into successful adults and helps their countries develop.